Welcome to Turkey
The constant beating of the wave of the east against the rock of the west. 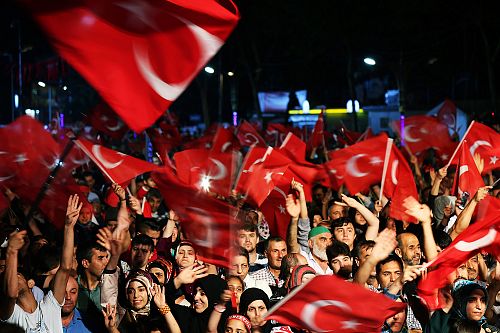 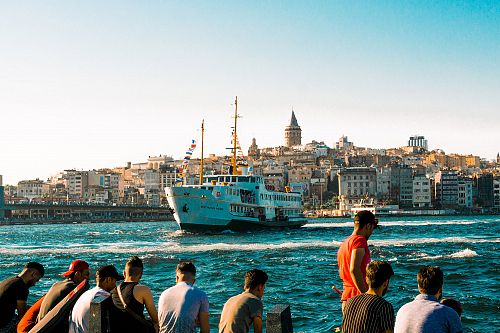 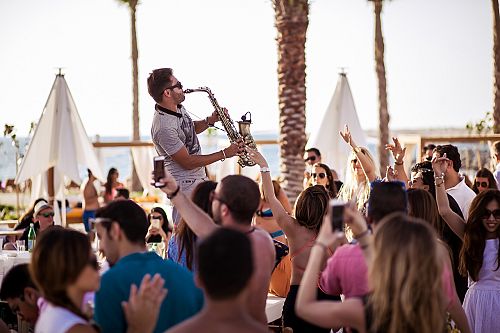 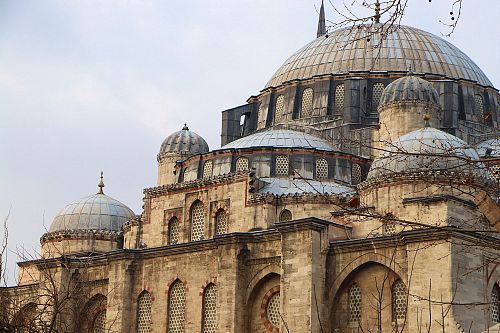 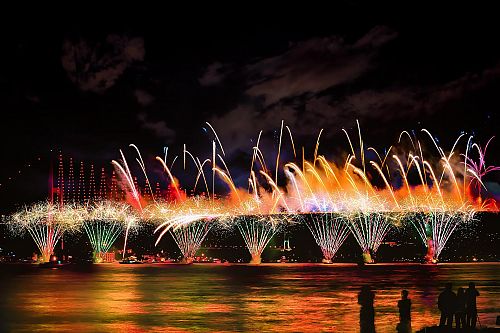 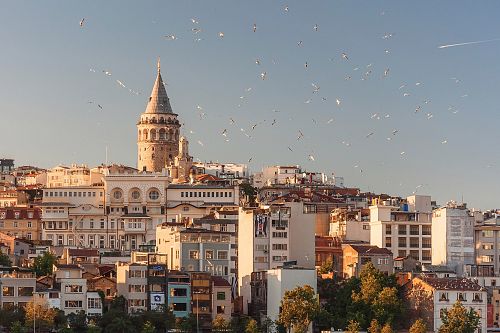 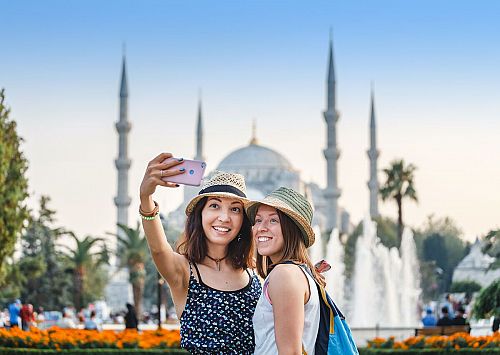 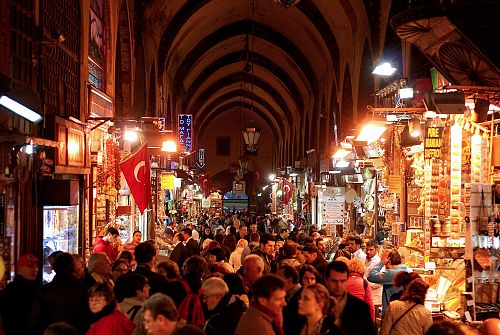 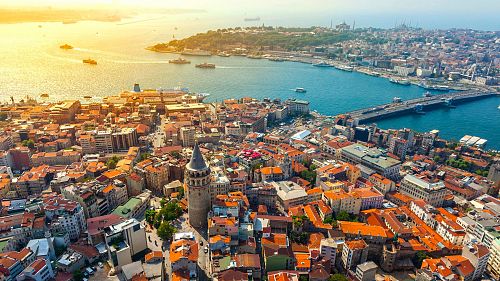 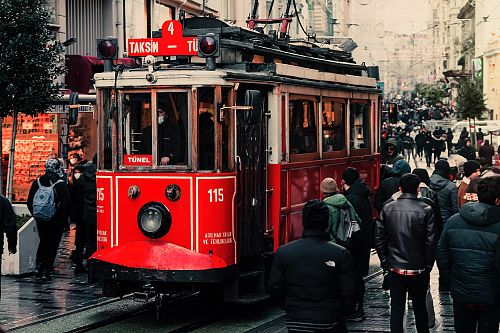 Turkey is an extensive peninsula bridging Europe and Asia with a total boundary length of 6,440 km, out of which 4830 is seaside. It is a mountainous country. Ararat (Ağrı ) mountain is the highest in the country with 5165 m and believed to be where Noah beached his ark after the great flood. Turkey is a very water-rich country with 8 running revers. Besides, it has more than 250 lakes around, and the biggest is Van, with 3,714 square km. Turkey is larger than any European country and considered to have six different climate regions, The Black Sea coastlands, Thrace and Marmara, The Mediterranean coastlands, The Aegean coastlands, The southeast, and The Anatolian interior.

With around 84 million people Turkey to be considered one of the young nations, as around 75% are less than 60 years old. Turkish is the spoken language in Turkey. Some Kurds speak Kurdish and a small minority Arabic language.

Turkey primary resources are as follows

Founded in 1993 in İstanbul, Koç University is a non-profit private research university located in Istanbul, Turkey and supported by the ...

We continue to raise generations that serve our own existential philosophy which coincides with ‘people of a free mind, free ...

Internationality is one of the most important aspects of İstanbul Bilgi University. The motto of the university is “Learning not ...

Kadir Has university adopts a research culture based on social benefit values, with scientific freedom, academic ethics and academic honesty, ...

Opens new horizons and presents new opportunities to students to enable them to discover their true competencies. In a quest ...

With its 185 programs, The slogan \"At the heart of Istanbul\" is suitable for a university like Bahcesehir University (BAU)... ...

While the universities play their important part by leading the movement of raising the qualified human resources the growing business ...

Offers quality education in English and Turkish languages under the roof of 5 Faculties, 2 Graduate Schools and 2 Vocational Schools

Maltepe University is proud to continue approximately 40 years of tradition of Marmara Education Institutions on a strong physical, academic and ...

With the education it gives and the difference it creates, Istanbul Medipol University adopts the principle to generate individuals who ...

Managed with the principle of 'innovation, creativity, and competition'. Istanbul Gelişim University has accepted the notion of \"...

The forefront of Turkish higher education and research.

Istanbul Gedik University serves with its young and dynamic structure, which has the mentality of initiating applied education from secondary ...

Istanbul Arel University, since its foundation, has been acting with the vision of being a world-class university. Within this context, ...

Grew into an international research university showing its breakthrough progress within a very short period of time.

We are a big family possessed by the sincere belief that life is the product of dreams and that dreams ...

By elevating the competent, creative, and forward-looking individuals of the future, Istinye University aims at contributing to the progress of ...

BİRUNİ is a student-centered institution in all of its teaching and learning endeavors. BİRUNİ ensures that its students ...

Education is not preparation for life, education is life itself.” We believe that our students should learn not only to ...

Combining science with art and design, enriching it with culture, and deepening it with our national values

Istanbul Kent University presents its students with all the necessary equipment to raise individuals who are curious, inquisitive, cognitive, analytical, ...

A premier institution of higher education in Turkey

Başkent University’s vision is to be a home, that provides high level education based on scientific production ...

Provides quality education, produces science and technology, conducts research and enlightens the future of our country

Being a pioneer in health sciences, supporting research and development studies in order to become one of the leading research ...

Prime commitment to training with praiseworthy excellence and focus on producing science and technology.

we are a health-themed campus university with modern technology facilities and students in focus.

Provide rich opportunities for students seeking an internationally-qualifying education with high technological standards in Antalya, with its cultural heritage, natural ...

Turkey is bridging East and West, linking Asia and Europe and close to Africa and recently becoming an emerging world hub for international students. Turkey becomes one of the best ten destinations for international students globally, with 185000 students studying in Turkey. Supported by being one of the fast-growing economies in the last decade as GDP increased from 200 Billion USD to 754 Billion USD in the last 20 years to become economy number 19 in the world as per World Bank records.

Turkey's government, Council of Higher Educations (YOK), and Universities took many steps towards encouraging international students to study in Turkey. One of those steps in 2010 was revoking the central placement exam for admission to Turkey Universities and vesting each University to determine its admission criteria. This change gave the international student the chance to choose the University out of 207 universities and select the required program from around 6000 different programs.

Why study in Turkey?

1.    Affordable fees and living costs. Why should I pay more for the same study quality?

In 2002 Turkey joined the Bologna Agreement, which was signed in 1999 for the first time between 29 European countries to improve European universities' academic level ( nowadays, there are 47 countries as a member of the Bologna Agreement ). Being a bologna member, universities that award a degree to their students in any treaty countries are approved in all treaty countries. After graduating, he can continue studying or working in European countries with his degree.

Universities buildings in Turkey, either modern or historical, are equipped with all the needed facilities to provide students with the appropriate atmosphere to study. It has a food court, restaurants, and coffee shops ( Starbucks, dunya kahvesi , and many others). Besides, they have libraries 7/24, information point Students' Union, Career Service, Banks, Wellbeing and Disability Services, Sport, fitness and health, and many other social clubs.

Turkish government grants more than 4000 scholarships for students worldwide yearly, in different Turkish Universities covering many different programs. Other scholarships granted by institutes and non-governmental organizations help in creating a multi-international culture environment for international students. Many private universities provide partial scholarships based on the grades of the student at the admission stage.

With around 105 countries who either need a visa on arrival, e visa or without visa makes international students' mobility easier than USA, Canada, EU, UK, and Australia.

Bridging two content, and close to Africa, allocate Turkey in the middle of the world. Turkey cities are reachable with less than 4-hour flight from many countries from east and west north and south. Syria, Azerbaijan, Turkmenistan, Iraq, Iran, Afghanistan, Somalia, Germany, Yemen, Egypt, Jordan, Bulgaria, Palestine, Greece, and china have 75% of international students. Turkey hosts students from 198 countries.

Many describe Turkey as an open-air museum since Turkey hosted great Empires in the last 3000 years like Hellenistic Anatolia, Roman, Byzantine, Seljuk, and Othman empires. You can see, smell and touch the history of those empires in the streets more than in the museums, and you can visit many historical cities around Turkey.

Turkey is a four-season country, and still, you can live more than one season on the same day in April and may where you can enjoy the summer high temp in south cost and enjoy the snow in Eastern Anatolia and South-Eastern Anatolia. Turkey weather makes Turkey one of the year-round destinations for travelers,

The Turkish people's hospitality has been legendary around the world! As a student, people will do their utmost to help you with all sincerity and friendliness when you ask for help. The Turks welcome you as friends, and they do a vast amount to please you. Bet you're not going to leave your house here! Turkey is one of the most tourist destinations around the world with a multi-culture environment. Turkish Menu is of the tastiest unbelievable cuisine worldwide derived from the ancient empires when it comes to food.

Natural beauty is one of the main reasons why you should continue your education in Turkey. Turkey is a country of four seasons and is famous for its natural beauty all across the world. In the seas around Turkey, you can enjoy swimming and water sports, ski-in many mountainous areas, enjoy boating along the rivers, and experience many other exciting sports. You're going to feel like in Turkey's paradise where endless beauties fascinate you with their scenery!

What are the cities in Turkey where I can study?

Universities in Turkey are located around most of Turkey's cities ( 81 cities). However, Istanbul has more than 25% of Turkish universities, 56, Ankara has 20, Izmir has 9, Konya has five, and the remaining around 110 universities are distributed in 77 cities. You can simply pick the University the city from the website.

Are the universities public or private?

Do I need English proficiency exams?

For English, you need to have Tofel else you will be requested to sit for the proficiency exam at the University,

for the teaching language as Turkish, you will need to have a Turkish prep school for one year.

What programs can I enroll in?

Turkey, a Country full of love.
Living in Turkey:

Even though Turkey is one of the best travel destinations, the living cost is affordable. Being not expensive leads to Turkey is the 10th best study destinations in the world.

It is a thrill to live in Turkey, where every day is converted to be an adventure, and you will get to know life outdoor in the open air. Turkey is a country of contradictions: Prosperous versus inferior live side by side.

In addition to universities' low tuition fees, where many state ( public) universities cost less than 500 USD yearly, and Private universities range between 2000 USD to 25000 USD, including medicine and pharmacy.

The living cost in Turkey different dramatically based on the city you study in, as its range between 300-400 in the far east cities, and range between 400-500 in the central Anatolian, however, Istanbul remain the most expensive city for the international student where the cost of livings range between 600 to 1000 USD

Here are some of Turkey's prices; however, you can find more details and the exact price of each city details.

Turkey Visa
Your country is set to: Benin Change?

Benin country is not on the exempt country list for Turkey visa, so Turkey visa is REQUIRED

2. How To Apply Turkey Online Visa For Benin Citizens

Otherwise, you can apply for a regular visa at Turkey Embassy in Benin.

To apply for a visa online, you have to pay two (02) kinds of Visa Fee, which were called Service Fee and Government Fee.

Our system detected that your country is: Benin. If you would like to change it, select the new country from the below list.